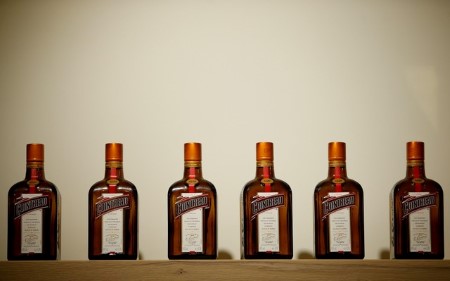 Regarding its 2021/22 financial full year, the maker of Remy Martin cognac and Cointreau liqueur said it now expected “very strong” organic growth in its current operating profit. It had previously stated it was targeting strong organic growth.

The company also remained confident of its ability to outperform the exceptional spirits market and reiterated a forecast for strong organic growth in full year sales, mainly driven by the performance in the first half.

That outperformed a company-compiled consensus of 22 analysts that forecast current operating profit of 168.1 million euros.

Operating profit at the Remy Martin cognac division, which makes nearly 90% of group profit, totalled 188.1 million euros in the first half, marking an organic rise of 101.9%.

Remy Cointreau, which last year bore the brunt of the COVID-19 crisis alongside other premium spirits makers, had already reported a 52% organic jump in first-half sales.

This reflected a strong demand in rebound in bars and restaurants as COVID-19 restrictions eased around the world, and as well resilient consumption from people having drinks at home.

Board Sued Over Google’s Exit Package for Accused Executive

Fb sent a physician on a key mission in order to ask private hospitals...