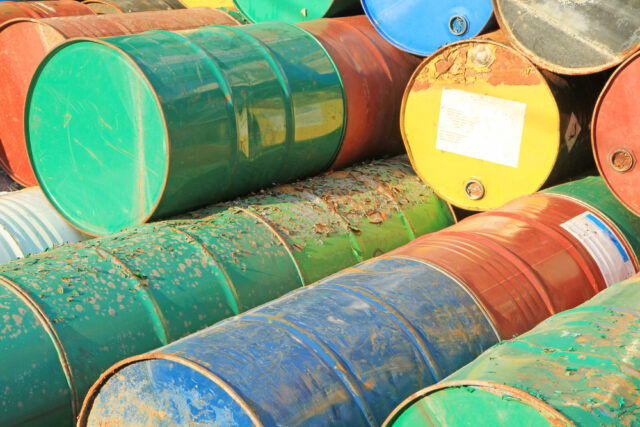 The energy sector is pointing to a higher start, backed by some mild strength in the crude complex and major equity futures which were sharply higher this morning as the market tried to bounce after a punishing bear market for the tech-heavy Nasdaq and a 19% pullback for the S&P 500.

WTI and Brent crude oil futures extended their advance this morning for the fifth-consecutive session, touching its highest mark in seven weeks. Futures are supported by the European Union’s ongoing push for a ban on Russian oil imports that would tighten supply and as investors focused on higher demand from an easing of China’s COVID lockdowns. EU foreign ministers failed yesterday in their effort to pressure Hungary to lift its veto on the proposed oil embargo. But some diplomats now point to a May 30-31 summit as the moment for agreement on a phased ban on Russian oil. Oil also gained support from hopes of demand recovery in China as it looks to ease COVID restrictions, analysts said, and from rising geopolitical tension between the EU and Russia following Sweden and Finland’s moves to join NATO. Further support came from figures showing OPEC and allied nations, which include Russia, in April produced far below levels required under a deal to gradually ease record output cuts made during the worst of the pandemic in 2020.

Natural gas futures carried over yesterday’s rally into this morning’s session, backed by higher European prices keeping U.S. LNG exports strong even though Europe has more gas in storage compared with normal than the United States. Also supporting U.S. prices, power demand in Texas was expected to soar to a monthly record on Monday as homes and businesses crank up their air conditioners to escape another spring heat wave.

Chevron announced it has sanctioned the Ballymore project in the deepwater U.S. Gulf of Mexico. The project, with a design capacity of 75,000 barrels of crude oil per day, will be developed as a three-mile subsea tieback to the existing Chevron-operated Blind Faith platform. The project, which involves three production wells tied back via one flowline to the nearby Blind Faith facility, will require an investment of approximately $1.6 billion. Oil and natural gas production will be transported via existing infrastructure. First oil is expected in 2025.

Chevron subsidiary Chevron U.S.A. Inc. is the operator of the Ballymore project w

Chevron has completed maintenance work at its Wheatstone liquefied natural gas (LNG) plant and the facility’s two processing units, or trains, are now running, the operations head of its Australian business said.

bp and Linde announced plans to advance a major carbon capture and storage (CCS) project in Texas that will enable low carbon hydrogen production at Linde’s existing facilities. The development will also support the storage of carbon dioxide (CO2) captured from other industrial facilities — paving the way for large-scale decarbonization of the Texas Gulf Coast industrial corridor.

Kinaxis announced that Castrol, a bp company, has selected Kinaxis for increased transparency across its supply chain to drive agility and accuracy.

Eni will take a decision over the issue of payment for Russian gas in the coming hours or days, the energy group’s Director of Public Affairs said.

Reuters reported that Equinor and Exxon Mobil have taken the first steps to expand an $8 billion oil development off Brazil’s coast.

Bloomberg reported that Saudi Aramco is considering an initial public offering of its trading arm amid a boom in oil prices in what could be one of the world’s biggest listings this year.

Shell said its Mars platform in the Gulf of Mexico will not produce oil until early June as it undergoes planned maintenance.

TotalEnergies, through its affiliate TotalEnergies E&P USA, announced the sanction of the Ballymore development, located 120 kilometers off the coast of Louisiana in the U.S. Gulf of Mexico. The Ballymore field will be developed through 3 production wells, tied back to the Chevron-operated Blind Faith Floating Production Unit. First Oil is expected in 2025 with a capacity of 75,000 barrels of oil per day. By utilizing existing infrastructure, the project ensures the lowest development costs and lower emission intensity.

Waste Heat to Power technology leader, KALiNA Power Limited reported the signing of a non-exclusive and non-binding Memorandum of Understanding to establish Baker Hughes as a preferred vendor of advanced turbine technology for a range of Kalina Cycle designs. Baker Hughes has been selected to initially provide its vapor turbine for use with the Kalina Cycle at KALiNA’s 64MW combined cycle project in Saddle Hills, Alberta, Canada. The MOU also includes Baker Hughes to be a preferred vendor of gas turbines for small-scale, combined cycle plants of up to 24MW configured with NovaLT gas turbines in this range with the Kalina Cycle for KALiNA’s global projects.

Gulf Coast Express Pipeline LLC (GCX) announced an open season to solicit commitments for an expansion project on its system. Upon achieving a final investment decision (FID), the project will increase GCX’s capacity by nearly 570 million cubic feet per day (MMcf/d). GCX is jointly owned by subsidiaries of Kinder Morgan, DCP Midstream, LP, an affiliate of ArcLight Capital Partners, LLC, and Kinetik Holdings with an ownership interest of 34%, 25%, 25% and 16% respectively. Kinder Morgan Texas Pipeline (KMTP) is the operator of GCX.

Scorpio Tankers announced that the Company has repaid the aggregate outstanding principal balance of $69.7 million on its Convertible Notes due May 16, 2022 upon their maturity.

U.S. stock index futures were higher, led by a global rally on optimism about an easing of China’s crackdowns on tech and COVID-19, but concerns about rising prices worldwide set a nervy tone in markets as investors wait for more signals from policymakers. The dollar eased as investors cautiously trimmed bets on a rally which sent the greenback to a two-decade high last week. Gold prices firmed, as a pullback in the dollar supported demand for greenback-priced bullion and countered pressure from a recovery in U.S. Treasury yields. Oil prices rose, supported by the European Union’s ongoing push for a ban on Russian oil imports that would tighten supply.

Nasdaq Advisory Services Energy Team is part of Nasdaq’s Advisory Services – the most experienced team in the industry. The team delivers unmatched shareholder analysis, a comprehensive view of trading and investor activity, and insights into how best to manage investor relations outreach efforts. For questions, please contact Tamar Essner.

This communication and the content found by following any link herein are being provided to you by Corporate Solutions, a business of Nasdaq, Inc. and certain of its subsidiaries (collectively, “Nasdaq”), for informational purposes only. Nasdaq makes no representation or warranty with respect to this communication or such content and expressly disclaims any implied warranty under law. Sources include Reuters, TR IBES, WSJ, The Financial Times and proprietary Nasdaq research.