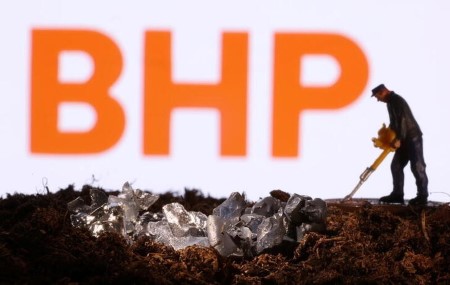 SYDNEY, May 17 (Reuters) – Supply chain disruptions in the mining sector could take up to three years to resolve, the chief executive of the world’s largest listed miner BHP Group BHP.AX said on Tuesday.

Mike Henry also said that the Anglo-Australian miner may accelerate its Jansen potash project in Canada by a year, as Russia’s invasion of Ukraine has tightened supplies.

“Both Ukraine and COVID-19 have led to lowered expectations for Chinese and global GDP growth in the near term,” Henry said at the Bank of America Global Metals, Mining & Steel Conference.

“We also expect that the current supply chain disruptions may also take 2-3 years to resolve,” he added.

Henry said he expected some economic growth in China to spill over into next year.

“We expect a degree of catch-up when lockdowns do ease,” he added.

In a wide-ranging speech, Henry said the company’s decision to invest in the Jansen project will bring greater cash flow stability and returns resilience.

The fundamentals for potash remain strong and were reinforced by supply-side disruption linked to the war in Ukraine, whose neighbours Russia and Belarus account for almost 40% of global production.

“This has positively reinforced the decision we’ve taken to enter potash,” Henry said. “So we are making good progress and we’re looking at potential to accelerate Jansen Stage 1 first production into 2026.”

The company has also begun studies for Stage 2 of the project, he said.

As global miners push into the metals needed for the green energy transition, Henry said BHP continues to favour copper and nickel over lithium, which is used to make electric vehicle batteries.

“It is something that we keep a watching brief over but if you look at the amount of lithium out there, it’s significant, so we don’t see a real long-time constraint in terms of resource,” he said.

“We believe there is more to do in copper and nickel where we see better cost curve shape.”

The miner, however, recorded lower estimates for iron ore production for the March quarter as a pandemic-related labour crunch weighed on efforts to boost output.

Asia faces growing threats from climate change. Here’s what can be done