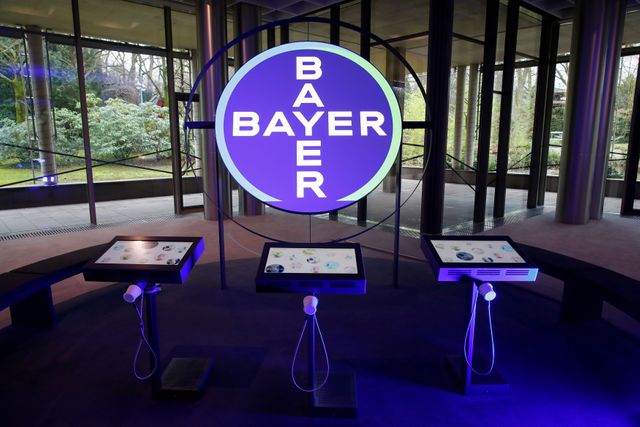 BERLIN, Oct 19 (Reuters) – Bayer BAYGn.DE sees no impact on its full-year guidance from customers’ changing planting habits or a five-week shutdown at its main glyphosate production site in Louisiana after Hurricane Ida, the German life science group said on Tuesday.

Bayer had to close the Louisiana factory after the hurricane slammed the Gulf Coast in late August, further complicating logistical and supply chain problems that had already tightened global supplies of fertilizers and chemicals.

“We lost five weeks of production. This will, of course, involve some cost that will have an impact on sales, but nothing to any degree that would impact our full year guidance for this year,” Liam Condon, president of Bayer’s agricultural unit, told investors during an online event.

Asked if rising production prices may push customers to shift to soy from corn, which is a cornerstone of Bayer’s performance, Condon said he would see any changes as seasonal fluctuations rather than anything that could affect the unit’s outlook.

“Most farmers have a fixed rotation between corn and soybeans. They usually look at what they what they had in the past season and aim to rotate to keep the soil fertile,” he said.

Corn is a very profitable crop and rising fertilizer prices cause an increase in corn prices as well, he said, adding farmers rarely take final planting decisions before the spring as they depend heavily on the overall weather situation.

How Do I Spend My Bitcoin? (And Where?)

The power of cheap transactions: Can Solana’s growth outpace Ethereum?