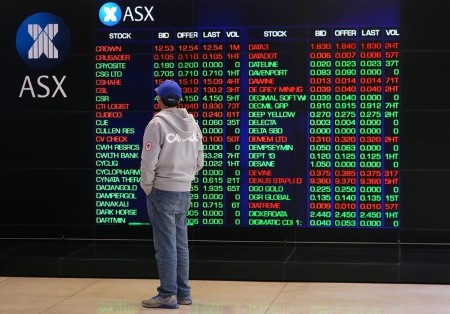 BHP Group BHP.AX climbed 2.7% after securing 83% support for a climate change roadmap, a much stronger outcome than predicted, while Fortescue Metals FMG.AX rose 2.3%.

Rio Tinto RIO.AX skidded up to 1.2% after downgrading its annual iron ore shipments forecast as a tighter labour market in Western Australia delayed the completion of a new greenfield mine.

Carrier Qantas Airways QAN.AX rose up to 4.3% after agreeing an A$802 million ($595 million) deal to sell land near Sydney Airport to a consortium led by LOGOS Property Group to reduce debt.

Insurer Insurance Australia Group IAG.AX fell as much as 3.5% after the securities regulator launched a civil penalty proceedings against a unit over its failure to pass on discounts worth A$60 million to nearly 600,000 customers.

(Reporting by Riya Sharma in Bengaluru; Editing by Subhranshu Sahu)