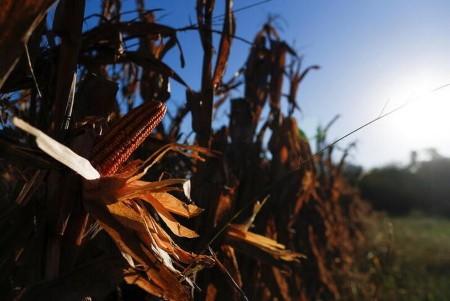 By Maximilian Heath and Nicolás Misculin

BUENOS AIRES, Dec 17 (Reuters) – The Argentine government on Friday capped the volume of corn and wheat for the 2021/22 cycle that can be exported, in a bid to head off domestic grains shortages and tamp down rising food values ​​in the country, which is battling high inflation.

That would appear to be relatively mild, given it compares to registered exports of 39.8 million tonnes of corn and 11.2 million tonnes of wheat in the previous season, though production forecasts for the 2021/22 harvest are higher.

“This is so we don’t compromise supply to the domestic market,” said agriculture minister Julián Domínguez.

Argentina’s government has made interventions in the food market this year amid stubbornly high inflation currently running at an annual rate of over 50%. Earlier in the year it capped beef exports, sparking tensions with the farm sector.

The move marks a new intervention by the Peronist government of President Alberto Fernández in the agricultural sector, the main engine of Argentine’s economy and key source of foreign exchange currency that the country badly needs.

Last week the government had relaxed limits on exports of beef, though the new grains caps could stoke more discontent.

“Formal or informal self-regulations… or this quota for wheat and corn, harm the country and harm us all,” Nicolás Pino, president of the Argentine Rural Society, said in a statement, which added the move would generate an “artificial oversupply”.

“We would like there to be no rule, but it is a government decision,” he said.

From spreads to shampoo, palm oil is part of everyday life By Reuters