Home Business United forecasts a 2022 profit as passengers return and pay more to... 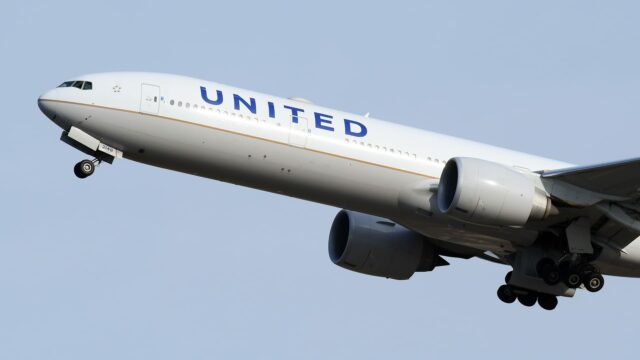 United Airlines expects to turn a profit in 2022 for the first time since before the pandemic as bookings rise and passengers appear willing to pay more to fly.

United’s shares rose more than 7% in after-hours trading Wednesday after it releasing an upbeat outlook.

The forecast suggests airlines are at a turning point in the pandemic recovery, as a drop in Covid cases has spurred renewed demand for travel and a public that hasn’t yet shied away from higher ticket prices, despite inflation hitting household budgets.

“I’ve never seen in my career, and I’ve been in this industry a long time … such a hockey stick increase of demand,” CEO Scott Kirby told CNBC Wednesday, referring to both business travel and leisure bookings.

For the second quarter, United is forecasting a 10% operating margin, and the highest quarterly sales in its history, with revenue per passenger mile up 17% over 2019, as higher fares help cover an increase in expenses.

The Chicago-based airline is the second major U.S. carrier to report results and provide an outlook for the peak spring and summer travel season, when airlines generate the bulk of their annual revenue. Delta Air Lines last week reiterated that it foresees a return to profitability this year.

Despite strong demand, United is challenged to add capacity. Its 52 Pratt & Whitney-powered Boeing 777s, some of the biggest planes in its fleet have been grounded since an engine failure in February 2021 and won’t return until mid-May at the earliest, CNBC reported earlier this month. And deliveries of new Boeing 787 Dreamliners have been suspended for much of the past 18 months because of manufacturing flaws.

The airline is also facing a pilot shortage, particularly at regional carriers that feed its hubs, a problem across the sector.

Here’s how United performed in the first quarter compared with what Wall Street expected, based on average estimates compiled by Refinitiv:

United posted a loss of $1.4 billion in the first quarter on revenue of $7.57 billion. That revenue level is well off the $9.59 billion it reported three years earlier but more than double the $3.22 billion from a year ago.

Adjusting for one-time items, it posted a loss of $4.24 per share.

For the second-quarter, United expects costs excluding fuel to rise 16% versus 2019.

Airline bookings, broadly, surged after Covid cases peaked and then subsided this winter, easing the rocky start to 2022 for carriers. Airline executives expect that after more than two years of pandemic, many travelers who were cooped up will continue to fuel travel demand, even though fares have climbed.

United plans to fly 87% of its 2019 schedule during the second quarter. Along with Delta, United has been more cautious on adding capacity compared with rivals like American Airlines and fast-growing budget airlines like Spirit Airlines.

“As the company’s Pratt & Whitney-powered Boeing 777 aircraft are expected to gradually return to service, the company will continue to add back capacity based on its ability to best serve customers and will take a long-term view of profitability by not sacrificing operational reliability,” United said in an earnings release.

Some carriers, however, like Spirit, Alaska Airlines and JetBlue Airways are trimming spring and summer schedules for wiggle room to navigate disruptions like bad weather or staffing shortages.

United executives will discuss results with analysts and media on a 10:30 a.m. ET call Thursday. American Airlines will report its results before the market opens Thursday and hold a call at 8:30 a.m. ET.