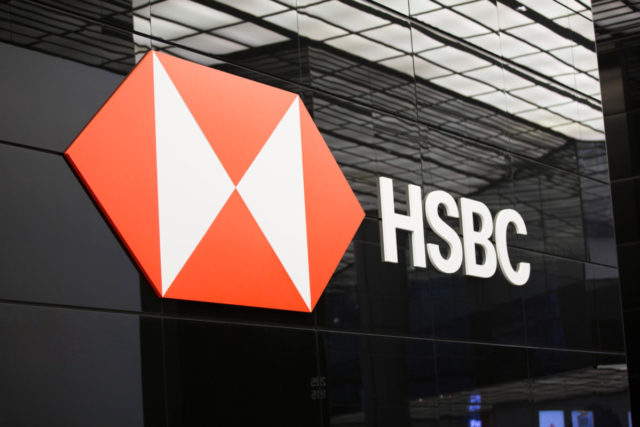 The lender filed an application at Singapore’s High Court on May 4 to put ZenRock Commodities Trading Pte Ltd. under so-called judicial management, a form of debt restructuring in which a third party runs the company, according to people with knowledge of the situation. HSBC proposed that KPMG lead the process, according to the people familiar.

HSBC and other banks are stepping up efforts to avoid further losses after the failure of Hin Leong, the storied Singapore oil trader that owes 23 banks almost $4 billion. HSBC has the most exposure to Hin Leong, at $600 million, as part of its global oil-trading portfolio of $2 billion. Its ZenRock credit is less than $55 million, according to the people.

HSBC declined to comment. ZenRock didn’t respond to multiple attempts to seek comments via calls and messages. A pre-trial conference is scheduled for June 11, said the people, who asked not to be identified as the matter is private.

In response to market speculation over its financial status, ZenRock released a statement last month saying it’s not under statutory restructuring or insolvency protection. The Singapore-based company is operational and is working with other creditor banks to negotiate a consensual restructuring, according to one of the people.

ZenRock has trade financing facilities with other lenders aside from HSBC, including Natixis SA, and Oversea-Chinese Banking Corp., according to the company’s profile at the Accounting and Corporate Regulatory Authority. Representatives for these banks declined to comment. ZenRock has repaid debts owed to ABN Amro Bank NV as of April 23, according to filings to Singapore’s accounting regulator.

The ZenRock case underscores the mounting tensions between traders and banks, all suffering from a combination of plunging oil prices and an historic slump in crude demand due to the pandemic. Banks traditionally offer credit lines in trade finance deals, the lifeblood for the global commodities trading industry that moves millions of cargoes of food, metals and fuel every year.

The scandals are happening against a backdrop of the most volatile and unprecedented oil-price swings in history. West Texas Intermediate futures traded negative for the first time ever in April. That’s complicating the ability of traders and banks to hedge transactions.

ZenRock was established in 2014 in Singapore by a group of veteran oil traders including Xie Chun and Tony Lin. Xie used to work for Unipec, the trading arm of Chinese state-owned oil titan Sinopec, and Lin was previously at Vitol SA, the world’s biggest independent oil trader.

The company traded more than 15 million tons of oil and petroleum products last year, according to its website. Its business spans from trading to risk management and market research, and has offices in Singapore, Shanghai, Zhoushan and Geneva.

The firm posted revenue of $6.15 billion in 2018, compared with $1.24 billion in 2016, according to its latest annual financial statement on Singapore’s accounting regulator website.

Banks are becoming more cautious on the sector in the wake of the Hin Leong demise. In the biggest scandal to hit the sector in a generation, Hin Leong’s founder hid about $800 million in futures trading losses while also selling oil inventories pledged in loans, according to court documents.

A who’s who of trade finance banks are now on the hook for potential credit losses from Hin Leong. HSBC, Standard Chartered Plc, and CIMB Group Holdings Bhd. have all taken commodity trading-related loan-loss provisions. London-based HSBC last week reported a $700 million increase in expected credit losses in Asia, mostly tied to a single name in Singapore. It declined to name the company.

Howard Baketon - October 17, 2021 0
In the past few weeks, Centric Swap (CNS), a dual-token model that gives stakers a fixed hourly yield that “stabilizes over time as it...

After 35 years, Minnesota entrepreneur has built a better nail clipper

US: From largest oil consumer to biggest producer