Home Business Hollywood crews will strike on Monday if new contract deal is not... 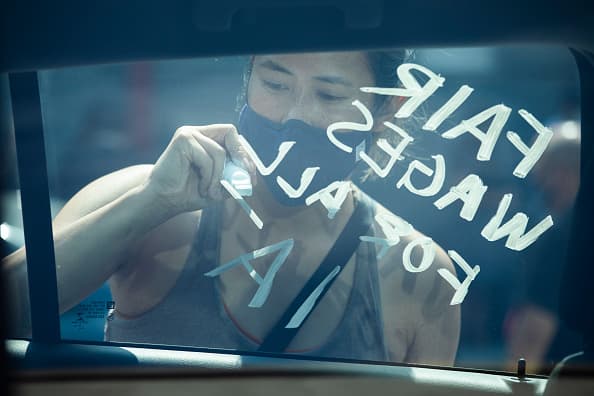 After more than a week of failed negotiations, the union representing Hollywood crews announced Wednesday that its members will go on strike Monday if they cannot reach an agreement on a new contract.

“The pace of bargaining doesn’t reflect any sense of urgency,” said Matthew Loeb, president of the International Alliance of Theatrical Stage Employees, in a statement Wednesday. “Without an end date, we could keep talking forever. Our members deserve to have their basic needs addressed now.”

IATSE has been bargaining with producers for months, advocating for better working hours, safer workplace conditions and improved benefits. After talks stalled over the summer, IATSE’s membership voted to approve a strike if a deal could not be reached with the Alliance of Motion Picture and Television Producers, which represents major film and television production companies. The union said 90% of eligible voters cast ballots, with more than 98% in support of strike authorization.

“There are five whole days left to reach a deal, and the studios will continue to negotiate in good faith in an effort to reach an agreement for a new contract that will keep the industry working,” said Jarryd Gonzales, a spokesman for AMPTP.

IATSE represents a wide swath of industry workers, from studio mechanics to wardrobe and make-up artists. In total, it acts on behalf of 150,000 crew members in the U.S. and Canada. Around 60,000 of those are covered by the current TV and film contracts being renegotiated.

Its contract with AMPTP, which went into effect in 2018, ended July 31 and was extended until Sept. 10. IATSE is calling for a new three-year agreement that would give behind-the-scenes workers higher pay, meal breaks, improved contributions to health and pension plans and a bigger cut of profits from streaming productions.

An industrywide strike would essentially stop Hollywood production in its tracks, similar to what the writer’s strike did 14 years ago. That strike, between 2007 and 2008, led many shows to shorten or postpone new seasons and led to the cancellation of others.

Vice Media is cutting its staff by up to 15% amid missed revenue and...

How Much Will Blockchain Really Affect Digital Marketing?

What Is KYC, and Why Do Crypto Exchanges Require It?