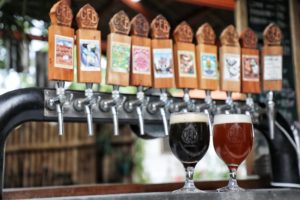 More assortments, neighborhood and global acknowledgment, and more extensive reach. These are only a portion of the achievements of homegrown brand Cebruery in its previous three years of activity.

Blended from a home in Mandaue City, Cebruery has progressed significantly since its dispatch in 2015.

In any case, above all, more individuals had figured out how to acknowledge create brew and the repetitive procedure that would go into delivering it, said Toni Marie Despojo, founder of Cebruery.

“There’s more understanding of what sets craft beer apart from traditional macro lagers and what makes it special. And a recognition that, even at a higher price point, there is value to a healthier, better made product with more variety that’s more satisfying to drink,” Despojo tells Cebu Daily News.

After all, this was what the 30-year-old Despojo and her partner had set out to do when they opened the business.

Craft beer uses 100 percent malted barley and does not use ingredients that affect the taste of the drink such as sugar substitutes like corn or rice, which is being used in mass-produced alcoholic beverages.

Craft breweries also use all-natural ingredients, making it more expensive than mass-produced ones.

In its past three years of operation, Cebruery continues to enjoy a steady growth and has already occupied a good niche in the Cebu market and the Philippine market as a whole.

“We don’t want our price point to make us exclusively a product for the elite; we want our product to be priced so that it’s within reach of anyone who wants to enjoy a more fulfilling, healthier, locally produced, well-made beverage,” Despojo said.

Their commitment to keep their prices affordable and having more variety than other major producers in the country, paired with great customer service had been something that had set Cebruery apart from their competition, she added.

As they continued their expansion plans, Despojo admitted that distribution and retail sales had always been a challenge for them.

Craft beer is not pasteurized which means it has to be kept cold all the time. But she said many businesses were not equipped to do so.

“We tell bars and restaurants that serve our beer that they need to be kept refrigerated, because it’s not packed with preservatives and stabilizer chemicals,” she said. Toni Despojo, founder of Cebruery (right photo), has made inroads in the craft beer industry as shown by the growth of her and her partner’s business.
CDN PHOTO/TONEE DESPOJO AND CDN FILE PHOTO

Cebruery has six core varieties with different tastes ranging from salty and sour to sweet, among others.

In total, they have already 30 varieties but most are seasonal brews.

Right now, the brand had also been working on more varieties as Despojo said they would want to bring in at least one new variety every year.

They have a new season beer that will be coming out soon. It is a local take on a Belgian Saison and will be brewed with Elemi sap from Bicol, Kalingag bark from Mindanao, Calamansi peel from Asturias, and lemongrass harvested from the land on which the brewery sits.

They also have a new anniversary beer, an Imperial Stout aged on toasted oak chips soaked in local brandy.

In terms of distribution, Cebruery has just signed distributorship deals in Boracay and the whole of Luzon.

Also, they are self-distributing to Legazpi, Tacloban, La Union, and General Santos in addition to the existing ones like Dumaguete, Siquijor, Siargao, Surigao, Butuan, Davao, Cagayan de Oro, and the National Capital Region, among others.

They also have an exclusive online distributor and several grocery chains that serve as distribution hubs for smaller businesses.

“The business has grown about 2000 percent since our first month of operation, allowing us to improve our products, increase our reach, reduce our prices, and add more beers and more variety to our portfolio,” Despojo said.

On the other hand, their Chocolate Hills and Guimaras Gose both won silver for the port and gose categories, respectively.

To sustain their growth momentum, Despojo said they had been investing on a lot of new marketing opportunities including construction what they had called a “beer Jeepney.”

They are also looking at a new tap room and a new keg cleaner to improve the shelf stability of their products.

Their brewery is currently capable to produce about 11,000 bottles per month.

Right now, on average, they are able to produce about 60 to 70 percent of that capacity per month.

They are also talking to investors about taking a proudly Cebu-made and internationally awarded craft beer to bigger equipment and in to bigger markets.

From their first goal of mainstreaming craft beer, Cebruery is now setting its sights on even higher goals.

“We want to finalize the expansion plans and building out of our tap room, distribution in to more local markets, and an emphasis on increasing shelf stability so that we can begin to put Cebu on the map internationally as a high class producer of craft beer products,” she said. 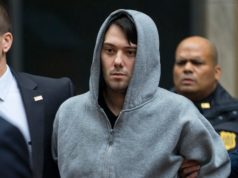 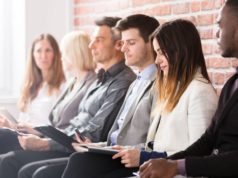 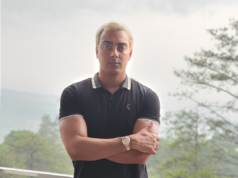 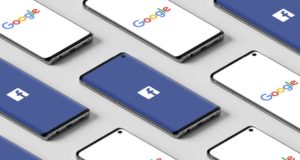