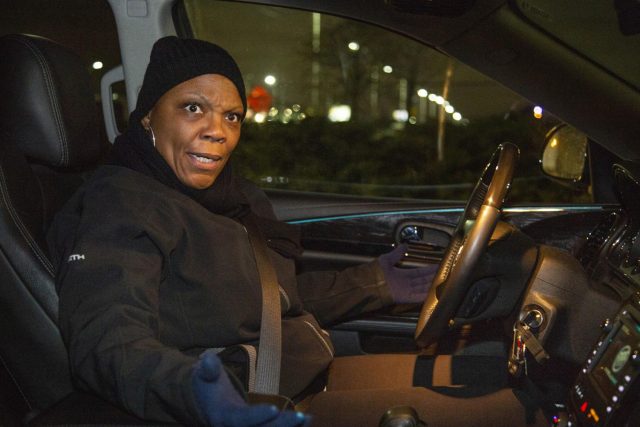 DETROIT — As word spread Monday that General Motors is shutting three gathering plants, including Detroit-Hamtramck, its approximately 1,500 laborers were at home on Thanksgiving break — watching the news come in like every other person.

“You tell the world before you tell us,” said line worker Dnitra Landon, pulled over in her 2017 Buick Encore before she clocked into the Hamtramck plant Tuesday morning. “The world don’t come in here every morning at 6 o’clock to work for you, so how come we don’t get to know before the world?”

Before sunup, Buicks, Chevys and even a soon-to-be discontinued Volt streamed down Harper Avenue for the start of the 6 a.m. shift at the plant off of Interstate 94. “We don’t want to be laid off,” called out one woman as she sped past.

Every day, line workers in Hamtramck make the Chevrolet Volt and Impala, the Cadillac CT6 and the Buick LaCrosse, all of which will be terminated.

Landon, 55, has worked on the line for nearly four years. She’s a GM girl, she said — she owns a 2018 GMC Acadia and and a 2007 Chevy Monte Carlo. But to hear of the closing with no warning was a slap in the face.

Just two weeks ago, Landon said, the plant’s union representatives put rumors of layoffs to rest with a letter to workers. And then came the surprise yesterday.

“Now you’re closing? Really? And you didn’t give no warning? None. That’s not fair,” she said. “GM is a big entity — I understand that it’s business, but there’s a way to go about doing something for the people who come to work every day and help you make the numbers that you make.”

She hasn’t heard a “peep” from the union yet, she added.

Landon’s kids are grown and she owns her own house in Redford, so she’s not as worried about herself as some of her friends. People depend on the income to pay off mortgages, to raise their kids. The mood in the plant today will be foul, she said.

Worker Chris Monroe learned of the closing in a text message from a friend. He’s been at the plant for just a few months and works to prepare parts to be sent to the line. But his reaction was more one of resignation than shock.

“It’s a plant, period. That’s just what you expect from a plant,” he said of the sudden closure. “I just gotta get another job when push comes to shove.”

More than 6,200 jobs are up in the air: 1,600 in Lordstown, Ohio; about 2,500 in Oshawa, Ontario; and a total of 645 at transmission plants in Warren and near Baltimore. In Oshawa, workers walked out in protest Wednesday as word went around.

The top headlines from JournalStar.com. Delivered at 11 a.m. Monday-Friday.

Workers weren’t the only ones to react angrily to the decision. A number of public officials weighed in Monday, including Detroit Mayor Mike Duggan, who said that “we’re not giving up” on GM and vowed to convince them that a “modern plant” could be an asset to the company. The UAW vice president and director of the GM Department Terry Dittes, meanwhile, called the decision “callous.”

The Detroit-Hamtramck plant has a particularly contentious past. Back in the 1980s, its 300 acres were part of a Polish neighborhood known as Poletown that was razed to make way for the company.

Despite the cuts, Landon went to clock in just before 6 a.m. seeming determined.

“You gotta understand, everybody in here’s a survivor and they’re going to survive no matter what happens,” she said.