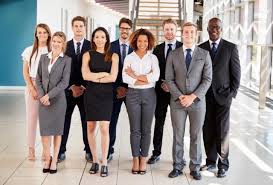 Despite which community you identify with, you will dependably profit by being a part of a group of other like-minded people. Such groups can be an asset for networking, mastering-minding and learning.

We’re encouraging more LGBTQ people to assume entrepreneurial pursuits, and organizations such as the National LGBT Chamber of Commerce ensure queer small business owners don’t have to walk that path alone. For the queer community, this is important because, as John Roberts of the Workplace Equality Index (EQLT) agrees below, progress is never linear and corporations, not necessarily Washington DC, lead social change. To ensure and expedite social progress, queer business owners can increase their own, personal financial security, improve the financial security of a diversity of employees and use their influence in their local and business communities to ensure progress continues.

This episode of Queer Money™ was recorded on-site at the NGLCC conference last August 14th through August 17th in Philadelphia, Pennsylvania. It includes individual interviews of 13 different and diverse corporate partners and chamber members, otherwise known as LGBTBE (Lesbian, Gay, Bi, Trans Business Enterprises), about why they’re members of the NGLCC and why they attend the NGLCC’s annual conference.

If you’re a budding LGBT-entrepreneur, an LGBT business owner without the NGLCC certification or an established corporation that’s not a corporate member of the NGLCC, here’s why and how the NGLCC and its conference can help you, your business and all your employees, including your queer employees.

Hear what NGLCC’s corporate partners and chamber members have to say:

What’s the value in attending the annual NGLCC conference?

Attending the annual NGLCC conference in Philadelphia in 2018 and in Tampa in 2019 can be expensive for budding and newer LGBT-owned businesses. The dollar-for-dollar return on investment can be hard to quantify, but the qualitative return suggests it’s invaluable.

Ebone Bell, editor and chief of Tagg Communications, says, “We all (the LGBTQ community) talk about being our authentic selves and you can truly be yourself at this conference. This is the only conference I attend each year where I don’t get ‘sir’d.’ Nobody judges you on how you look or talk. Everyone’s simply here to network and do business.”

With as much progress as the queer community has made over the last several decades, it can still be challenging to navigate the historic structures of the business environment. The NGLCC, as an organization, and the NGLCC conference, as an event, provide backing and a space to do business as completely and uniquely as yourself.

In an open and safe space where individuals and corporations want to do business with you because of who you are, because you bring a fresh perspective and life experiences, the NGLCC and its conference offer a medium on which to start your small business, grow your business and thrive personally and professionally. Your concerns about that client or that manager where you currently work doesn’t exist in this environment. As Jenn T. Grace, founder of Publish Your Purpose, says “Because my business sells to other LGBTBEs, [the value of the NGLCC and attending its conference is] having the opportunity to network and meet new people.” Because, despite being a business and despite how virtual everything has become, most business relies on relationships.

If you doubt the value of being a queer entrepreneur, the power of queer businesses and their effects on social progress, look no further than Jonathan Lovitz, Senior Vice President of the NGLCC. Lovitz says,

We’re a powerful family, and no one takes care of each other better than we do for ourselves and our family. Being able to grow your network here is huge. We’re busting at the seams with 1,300 attendees, and we’ve barely scratched the surface of what we can do for America’s 1.4 million existing LGBT business owners. Imagine what more we can do when everyone here leaves this conference with new networks and colleagues, with a new series of connections to corporate America and to governments around the world. We have 15 nations represented here. We have the first-ever trade mission from Canada here. These businesses and governments are seeking our businesses and are willing to spend top-dollar because they want our innovation and they want us at the table.

As exciting as the support to start and grow your business is, it all comes back to the fact that, as Diana Ross sang, “we are family.” Jennifer Brown, the namesake of Jennifer Brown Consulting, shares “After being certified as an LGBTBE for over 10 years, this a family reunion. The value of conferences builds over time. When you invest in the front-end, it snowballs in a wonderful way. I now know a lot of the corporations here and the clients that I work with are here. I get to see them and meet their new team members. We pass like ships in the night otherwise in ‘real the world.’ So, this is a great opportunity to have face-time. Relationships get created and deepened here, and so much can happen here to grow and sustain your business.”

Why would you encourage other businesses to attend the annual NGLCC conference?

When starting your own business, it can feel like you’re on an island where no one can or wants to hear you. Your business might have been be inspired by the designer who caught a huge and rare break from the celebrity who wore their item or the speaker who happened to give the right Ted Talk at the right time to the right audience.

Jami Bliss, the Global Head of Procurement Excellence at GlaxoSmithKline, says “Of course, there’s the opportunity [at the NGLCC conference] to meet potential suppliers but, beyond that, it’s the inclusive attitude and the opportunity for learning. From the start of the conference to the plenary sessions to the breakout sessions, the NGLCC and its conference are a great opportunity to remind me why I do what I do and why inclusion and diversity are so important to our company and the communities in which we operate.” Bliss continues, “It’s not that these [values] are easy to forget, but an experience like this deepens the feelings and lets you connect with other like-minded people.”

This is the benefit of “finding your people,” as we suggested earlier. “ When we partner, whether it’s with other corporations, suppliers, NGOs or government organizations, we can do so much more together, and this is a great place to build networks of people who can work together to accomplish more ,” Bliss concludes. Thus, the ability to create the social change the queer community and country need.

The NGLCC and its annual conference exist for the larger, established LGBT entrepreneurs and for the newer ones starting out. Robert Schapira, Small Business Leader Senior Vice President for Wells Fargo, “A good friend of mine, who’s here for the first time and from Seattle told me she has 15 meetings lined up for today alone, and she did this on her own. What the NGLCC provides is a forum to make those opportunities happen, and what she did – because she’s passionate about her business – is turn that into a revenue stream.”

These aren’t just one-off opportunities. As Shapira continues, “I’ll give Wells Fargo as an example. By 2020, we want to have 15% of our spend with diverse-owned businesses. To give you a sense of where we are today, in 2017, it was $1.27 billion that we spent with diverse-owned businesses and, to grow to 15%, is hundreds of millions of dollars more. So, the NGLCC certification is important and the opportunity to do business with large corporations, such as Wells Fargo, are great reasons to join and attend its conference.”

The NGLCC also offers education and edification, as Greg Byers of GB Perspectives shares. “I’d encourage other LGBT-owned businesses to attend the annual NGLCC conference to learn from other people and speed up their own learning curve. Rather than tripping over your own feet, as I’ve done, this conference reduces the frustration when you don’t have the background and aren’t aware, yet, how to navigate your business.”

While there’s never a “plug-n-play” model for starting any business, the kind of networking Byers speaks of can shorten the learning curve and reduce initial expenses for budding LGBT entrepreneurs. This makes the barrier to entry easier, though not necessarily easy, and expedites the timing in which LGBT businesses and individuals can see a profit.

We have marriage equality. Why do we need organizations like the NGLCC?

A common misconception, even within our own community, is that queer people have equality because we have marriage equality. Marriage equality is one step toward full equality, but it wasn’t and isn’t the end. Because we can still be denied employment in up to 30 states based on our LGBTQ status, it’s as important as ever that we continue to push for parity with our straight peers and connecting with the power of a large group, like the NGLCC, gives the community a louder voice to push for that parity.

“To some degree, if there weren’t a connection [such as the NGLCC] companies may not take connecting with LGBT-owned businesses as seriously, they wouldn’t have the internal or external pressures. The NGLCC and other advocacy organizations help put that pressure on and say, ‘you need to take equality seriously,’” Grace says.

Lovitz underscores Grace’s point. “Yes, I can be married in 50 states. Yes, [as a gay man] I can also be fired in 28 of them for putting my husband’s photo on my desk. This conference represents economic hope for our community, and we’re coming into our own with throwing our weight around. For too long, all people thought of when it came to LGBT people and our businesses was, ‘how much do LGBT spend?’ Why do those rainbows pop up every June? It’s because businesses want our $917 billion that we spend every year. Now we know what a force of good we are for the economy, to the tune of $1.7 trillion. We’re now putting that power to work, and we’re tying our boats closer than ever to other communities because – spoiler alert – LGBT people are in every other community. We are women. We are people of color. We are indigenous peoples. We are people with disabilities. We are veterans. You name it. Combine all of us, and we’re talking about tens of trillions of dollars of economic power.”

John Roberts of the Workplace Equality Index, “Change isn’t linear. It’s like a stock chart; it goes up, it goes down. What’s encouraging to me, having screened companies for workplace equality for the last 20 years, we’ve got a record number of companies in the Workplace Equality Index now. So, a record number of companies are supporting their LGBT-employer groups, supporting the local chapters, supporting the community, and that tells me at the corporate level, despite what’s happening in Washington DC, things are pretty good, and that’s good because corporations lead social change.”

The stronger we are as individuals, the stronger we are as a community and the more prepared we are to achieve the equality we’ve strived to reach for so long. That individual strength must include financial security. Becoming an LGBT entrepreneur is one way to achieve that individual financial security. For those considering this path or for those already on it, the NGLCC and its annual conference offer invaluable support.