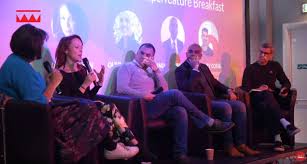 As social assumes its legitimate position at the ‘big’ table of digital marketing, it is additionally the time when vulnerabilities around web based life and its controls are standing out as truly newsworthy around the globe. Is it true that we are entering a period of web based life figuring? The Drum Social Breakfast talked about these issues and more with industry specialists.

Ongoing insights demonstrate that expanding quantities of brands are utilizing web-based social networking to draw in with its buyers. Simply this week, Marks and Spencer let it out was piping more media spending plan into Instagram, where it’s been exploring different avenues regarding Shopping and IGTV, in an offer to pull in another, more youthful, age of customers. By and large, internet based life spend of generally speaking advertising spending represents 14%, and this figure looks set to ascend to 18% in the following a year, conceivably expanding to 24% inside the following five years.

As more brands hop on the web based life fleeting trend, it’s anything but difficult to overlook that it has been a fairly unpleasant year for internet based life this year, and following a time of embarrassments for online life organizations, open trust in web based life is a bit seared.

Asked whether, as an industry, we should address some of the issues around privacy, regulating and rebuilding trust, Harvey Cossell, head of strategy at We Are Social said “There needs to be a proactive approach taken by brands, by the platforms to self-regulate themselves. There is a whole litany of platforms that have died over the years and what the current platforms are going to need to do is step up and be more proactive.”

Anurag Abinashi, strategy director EMEA at Spredfast added: “A big challenge is that the world is changing. People are changing and the way they consume information is changing. At the end of the day social is a channel, it’s a way of getting information across.

“What it genuinely means is people are most distrustful of facts presented to them.”

Over the years, content found on social platforms has undoubtedly matured from dogs on skateboards and jackass-inspired dares. The maturity of social media means that the platforms have also recognised some responsibility when it comes to building trust. In June, both Facebook and Twitter revealed plans to bolster their transparency tools ahead of the US Mid-Term Elections and deter bad actors.

“As an ad platform, it [social] has matured so much. Anyone who works in media will know that Facebook has got so much better,” said Rachel Kneen, social lead at Just Eat. “Snapchat is introducing stuff all the time, but I think it’s those attitudes and how we build into these new segments that are basically too savvy for us.”

Earlier this year Unilever chief marketing officer Keith Weed stated: “2018 is the year when social media must win trust back.” And for Kneen what that is indicative of is the dramatic shift taking place in people’s trust, particularly in media. “We’re now seeing a critical separation of how people trust social media vs the more ‘traditional’ media.”

The Ogilvy Global Media Influence Survey reported a continuing drop in trust in traditional media outlets. The survey finds 50.4% of respondents feel that traditional media is the most trusted news platform, down from 72% in 2016. Owned media is seen as the second most trusted platform in EMEA at 34%, followed by social media with 10%.

Should social media be regulated?

As an industry, will we ever reach a point when social media is the only media we can trust?

The difference between traditional forms of media and social media is that the former is regulated. Oliver Hansard, vice president of sales EMEA at 4CInsights said there are both positives and negatives to social media as an unregulated source of information.

“The strength of social is the fact that it is unregulated, relative to newspapers. So that is a massive strength, as well as a weakness because it makes you vulnerable.”

Hansard advised that as a brand: “We need to recognise that when people look at different forms of media, they are grown up, and they will make their own judgment.”

Kneen felt that there’s a fine line “between manipulation and relevance. How do we use people’s data in a responsible way to give them the information they need?”

According to her: “Platforms are somewhat to blame for almost creating this echo chamber of your opinion over and over again.

“We need to be responsible, as brands, and challenge the networks to ensure we’re not just seeing one point of view, consistently.”

Just this week, Instagram announced it wanted to “rebuild trust in influencer marketing.” This decision is said to have followed ‘that’ call from Unilever’s Keith Weed and saw the social platform reveal detailed plans to clamp down on all third-party apps that help creators attain “inauthentic” followers.

Although influencer marketing came under fire for scepticism over followers’ authenticity and success measurability, it continues to take precedence as a preferred method of marketing.

Kneen admitted that although Just Eat is in the process of getting a new influencer agency, she was “still a bit questioning of influencers.”

“I think it’s because not enough brands are truly looking at the audience of that influencer.” Instead, she said at Just Eat “we base it on behavioural segments that we have. There are three factors [we] use; reach, audience data and engagement.”

Considering influencer marketing, Cossell said: “The thing I find quite interesting is how everybody rushes to influencers without actually understanding [it].

Brand, publisher or agency – where does the social media responsibility sit?

When we consider social ownership, does it sit with the publisher, with the brand or with the agency? Should consumers also take some responsibility?

“What is a brand if it doesn’t know its own destiny? It’s really important that the brand has to be the brain and control its image and its relationship with its customers because that’s ultimately what it’s all about,” said Hansard.

“But I think agencies have a role to play in this, as do tech partners. And as a brand If you’re of a certain scale you need help to access all these tools.”

As we edge closer to 2019, the panelist’s shared what they envisioned success for social marketing will look like.

“I think in 2019, we should challenge ourselves to not take things so seriously,” Kneen advised. “How can we add value to people’s lives? How can we get them to stop in their feed and be grateful that they’ve spent a moment with us?”

Hansard agreed with Kneen that brands need to be relevant. “I think you’ve got to be credible and sincere in the way you use social media. I also think that social business has got to work out where it sits amongst the armoury of a marketer.”

Abinashi saw engagement as the big opportunity in 2019. “It’s about starting to talk more and more to customers. Starting to engage with them more, keeping it real, and keeping it relevant.”

Cossell concluded: “If you’re being led by culture, as opposed to pushing out your brand agenda in an interruptive way, then that’s the way you need to be thinking about your marketing strategy.

“It’s about being open, and transparent and contributing. What is your gift you are bringing to the community through social? Make sure you don’t use social to interrupt.” 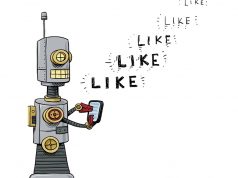 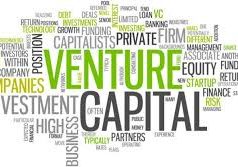