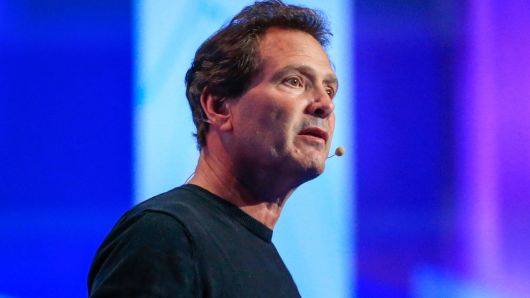 Moving a bakery from Staten Island to Brooklyn isn’t cheap.

French chef expert Laurent Chavenet, a food industry veteran, knew this. In any case, he didn’t anticipate how hard it is get a $30,000 loan to make that move after a recent divorce and a low credit score. Subsequent to being turned down by multiple banks, he enlisted a last resort — his payment processor PayPal.

“When you start to be known for quality, you need to have enough to sell. If you don’t, you don’t have an income and you can’t grow,” Chavenet told CNBC. “It makes a huge difference, every time I get a loan I add more to my shelf.”

The first PayPal loan allowed him to move his business. A second allowed him to expand, opening another “Le French Tart” location in Brooklyn in May.

Tech companies have become an increasingly popular financing resource for small business owners like Chavanet who have bad credit or for those who want to cut down on paperwork and access funds more quickly.

PayPal and Square, fintech rivals in the payments business, both reported significant growth in their loan portfolios in the third quarter. And e-commerce giant Amazon offers similar products to merchants on its payments network through “Amazon Lending,” an invitation-only program with loans as low as $1,000.

These tech companies have a few advantages over traditional lenders – they’re able to keep costs low and they have access to transaction data from months or sometimes years of activity. The sales data gives them an alternative to traditional credit scores when deciding whether to lend money. But experts say there’s an underlying risk in the sector that could be exacerbated in an economic downturn.

Back from the crisis

Tech companies are grabbing at an opportunity with small businesses who were left behind by banks after the financial crisis.

Heading into the year, small businesses reported stronger revenue growth and profitability but still struggled to get loans to pay operating expenses and wages, according to the Federal Reserve’s Small Business Credit Survey. As many as 70 percent of merchants didn’t receive the funding they wanted last year, the report said.

In addition, Wells Fargo, one of the biggest providers of small business loans, closed 200 branches last year and plans to close another 800 by 2020.

“If you look at the great recession what you’ve seen is a bounce back of commercial lending but lending to small businesses really hasn’t come back,” Darrell Esch, PayPal vice president and commercial officer of global credit, told CNBC. “A lot is attributed to the cost to underwriting.”

Tech companies are leaner than banks by nature. The cost of underwriting a loan for a digital-only company is a fraction of what it might be at a bank, where a $6,000 loan, which is the average size of a Square Capital loan, is much higher.

The lending by tech companies comes in frequent, smaller loan amounts that banks aren’t equipped to handle. “Banks are not in a position to lend small amounts on a more frequent basis,” said Rohit Arora, CEO and co-founder of direct small businesses lender Biz2Credit.

A lot of this business is with companies that couldn’t find a traditional bank to begin with, the so-called underbanked. Both PayPal and Square are built on the mission of democratizing financial services, and “serving the underbanked,” who are in many ways ignored by traditional finance.

“Disruptive is the wrong word. There’s an imbalance of supply and demand. It’s not a case where we’ve gone and stolen banks’ business,” Esch said. “It’s not about competition with the banks.”

The ‘magic’ of data

Alternative lenders like PayPal overwhelmingly approve small business loans at higher rates — 56 percent compared to 26 percent approval rates by big banks, according to data from Biz2Credit. They do this using data a different way.

Although banks have access to a small business’s deposits and bank accounts, they often can’t see the entire picture of a company’s sales. PayPal and Square on the other hand own access to every transaction.

“The magic of this whole equation is data,” said Karen Mills, a senior fellow at Harvard Business School and former head of the U.S. Small Business Administration during the Obama years. “They have much better knowledge of when the small business really needs the money, everything they sell goes through their payment software, and they have more collateral.”

The tech companies often shun what has been a barrier for small businesses with traditional banks: Credit scores. PayPal said it looks at the health of the business based on sales coming through its payment network. It can see which times of the year are busiest, the overall health of the business and compare that to an industry’s or geography’s health, Esch said.

A former senior vice president of payments for Bank of America, Esch said he was shocked that PayPal was seeing demand for loans as big as half a million dollars.

“The surprise for me is how high up the demand goes for these loans,” Esch said. “I would have thought they would have been comfortably served by traditional system, yet a lot of business owners coming to us have sales in the multi-million dollar range.”

How they collect the loan payments is also different.

Instead of charging a fixed interest rate, Square and PayPal automatically skim a certain percentage off the top of each transaction without the merchant needing to file additional paperwork. In the case of PayPal, the vendor needs to be on the platform for at least three months in order to provide enough sales activity for a loan to be approved.

Esch said collecting the loan repayments as sales come through, instead of setting payment dates on the 15th of the month or another arbitrary day, alleviates a burden for merchants and makes the loans less risky.

“It’s a high frequency repayment,” Esch said. “For traditional loans, they have to send in payments when they might be looking at pile of bills. For us, it’s every time the merchant makes a sale.”

The repayment arrangement, however, can make it hard to compare interest rate options. PayPal and Square outline their fees upfront but they work on a case by case basis. These loans can take as little as five months, or as many as 15 years to pay back.

“I think there are cases where people are taking on loans where they don’t really understand how much it’s costing them. They aren’t able to contrast and compare between a bank, a fintech, and Square,” said Mills, author of forthcoming book “Fintech, Small Business & the American Dream”. “They should be able to make apples to apples comparison.”

The model is certainly working for PayPal. In its third quarter earnings call, CEO Dan Schulman said PayPal is now one of the top five lenders in the space. Esch said the company now counts Wall Street incumbents like Wells Fargo, Bank of America, J.P. Morgan Chase as lending peers.

Much of that quarterly growth was thanks its acquisition of Swift Financial last year. The deal allowed PayPal to expand both the its Working Capital products and its PayPal business loans, which tend to be bigger in size.

PayPal has also brought these products overseas, unveiling its Working Capital product in Germany last week. The loans look very much the same in foreign markets but because regulation varies in each, PayPal can’t “enter every market overnight.”

Square reported an uptick in its own lending business during the third quarter, too. The fintech company’s outgoing CFO Sarah Friar said on a call with reporters that the 34 percent growth year over year was a sign that these loans are meeting a “clear market need.” But it’s also been a way to keep small businesses in Square’s orbit.

In the third quarter of 2018, Square Capital facilitated more than 62,000 business loans. To date, the company has issued more than $3.5 billion in loans to more than 200,000 sellers. Friar acknowledged risks in some of those loans but said the diversity of Square’s network should help balance that in any potential economic downturn.

“We are being very mindful of the risk that we are taking and using the very best technology to do it well,” Friar said on the third-quarter earnings call.

Amazon didn’t mention the lending business in third-quarter earnings but Biz2Credit’s Arora said the tech giant has actually stepped back a bit based on demand he’s seeing on this own platform. Kabbage is another popular fintech company issuing small business loans. In China, Alibaba also extends credit to small businesses.

For now, tech companies are mostly partnering with banks since they don’t have licenses to take customer deposits on their own. That could change down the road. “For fintech companies it’s difficult and unclear to get a banking license but the day that’s figured out, and fintech companies are allowed to take deposits that’s the day small banks will take a lot of heat,” Rohit said. “Many small and mid-sized banks will have a hard time competing against the big digital players.”

Still, Harvard’s Karen Mills said she wouldn’t bet against the banks. Smaller ones have trusted relationships through deposits, and if they are able to implement technology, they may have a chance against encroaching fintechs.

“I wouldn’t count out the banks, there’s a whole set of products and community banks have this trusted relationship,” Mills said. “If they put a more digital process in and are able to analyze loans in three minutes and not three months, maybe they win.”

If PayPal loses money, its shareholders are undoubtedly exposed. But those loans going bad wouldn’t tear through global financial systems, according to former Congressman Barney Frank, a key architect of the post-crisis financial reform that bears his name.

“Even if these are subprime loans, you don’t have the same kind of potential threat to financial stability, the problem here is more about consumer protection,” Frank told CNBC. “Since they can’t take deposits, and are not FDIC insured, they don’t jeopardize financial stability the way a bank does if it goes under.”

The former Massachusetts Congressman who co-sponsored the Dodd-Frank reforms said the real concern is borrowers getting loans they can’t pay back. For now, fintechs have largely been able to avoid scrutiny by Federal regulators, which Frank, a Democrat, says is not about to increase in a typically oversight-averse Trump administration.

As fintechs get bigger though, Frank said banks will most likely raise flags that a company like PayPal can “cherry pick” which parts of consumer finance they target.

“Many of the banks will be concerned about that competition,” Frank said. “The likelihood is you’ll see some get bigger, and federal and state regulators step in.”

Harvard’s Mills, whose work in the White House was around the time the Dodd-Frank bill was introduced, said the biggest risk is an inevitable downturn in the economy.

The loans that went bad when she took over the Small Business Administration in 2009 were not loans underwritten that year. They were those given out during “frothy times” like 2005, and defaulted at a higher rate.

“Having run small businesses through three different economic cycles, I would say we should expect another cycle and one has to factor that in,” Mills said. “Small businesses get hurt very hard in cycles particularly those who are dependent on Main Street sales.” 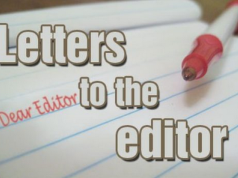 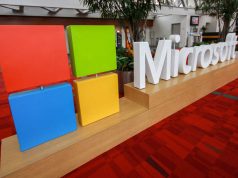 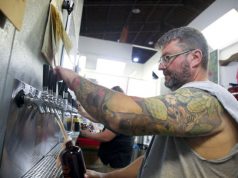 How a small-business revolution is standing up to Amazon